Not so long ago in the Apatchy galaxy which is really quite close……………..

After the rebel evening class have been brutally overpowered by the sheer number of finished projects by the Wednesday-morning-class, a new threat arises. Sharyn has a new sewing table and is keen to create more quilts and Margaret is close to finishing several projects. As they and the rest of the Wednesdays attempt to rule the quilting galaxy, only a few can stop them.

Jan takes advanced finishing techniques training and manages to finish quite a large project. She strikes from a hidden base to reveal this beauty…

It is the rebels first victory for a long time over the Empire and with this project the rebels attempt to overcome the Wednesdays and bring Apatchy back from the dark side of the Force. But the Grand Army fight the fledgling resistance and Sharyn  comes armed with not one but three cushions.

The insurgents battle, but struggle to make headway as another Wednesday lady – Robyn – delivers a crushing blow with this beautiful quilt.

Meanwhile the Grand Army of the Republic battles with the dark side as the judges rule on the best hat at the Melbourne Cup morning. Master Maxie is almost swayed by the long dormant Sith overlord posing as the teenager-in-residence. 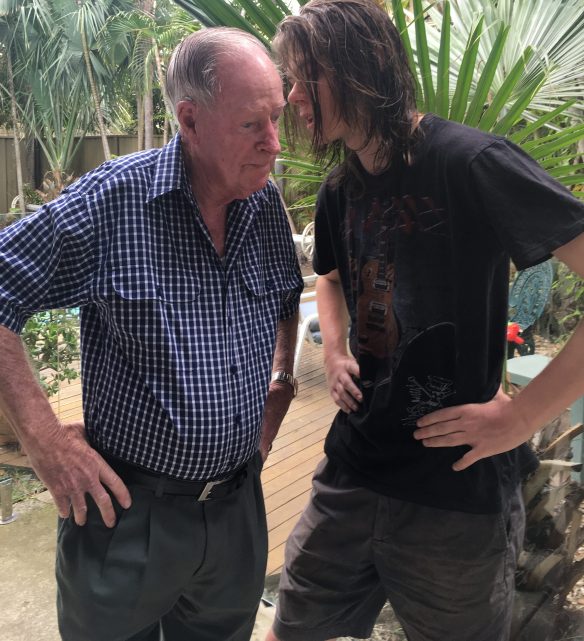 The rebels gather for a frontal attack

and Julia wins the day 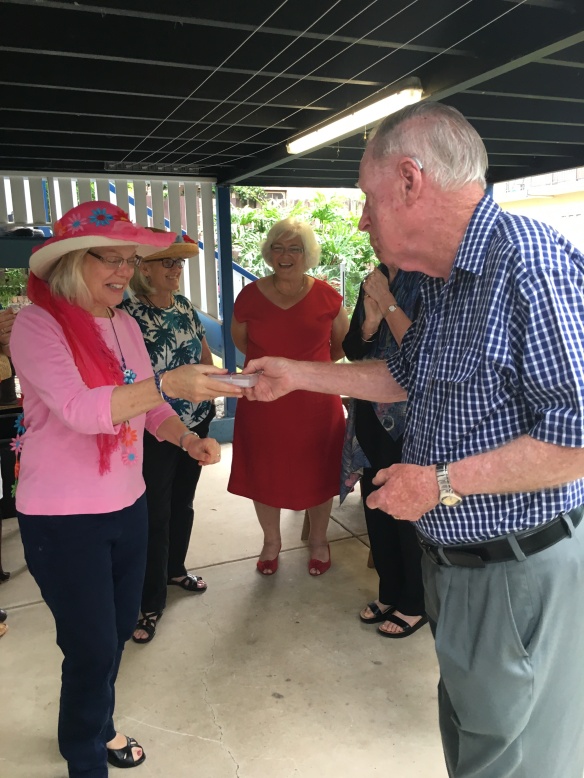 Rebel spies have managed to steal the secret plans to the Death Star and pass them on to Master Maxie. He hands over the code that could bring the end of the Empire’s ultimate weapon to Julia but since Julia is from the Tuesday-morning-class this may well be another blow for the evening class.

The remnants of the Galactic Empire gather strength and attempt to destroy all hope of the evening class being recognised for finishing any project. Jan has made a valiant attempt but the resistance is in pieces and must now re-group if they are to defend their position.

After the bloodbath of the Melbourne Cup Master Maxie has gone into hiding. He was last seen at Christmas in the Country at Gatton. 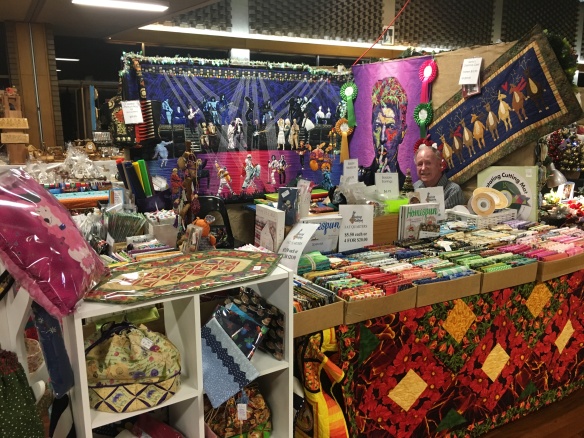 Maxie’s fellow rebel Joan put in a sterling effort to complete a dozen projects but was not eligible as an evening-class-attendee since she attended all the sessions and the Wednesdays argued that she should count for their tally too.

His wookie sidekick Poz-E-Dog is overcome with exhaustion and has retired. 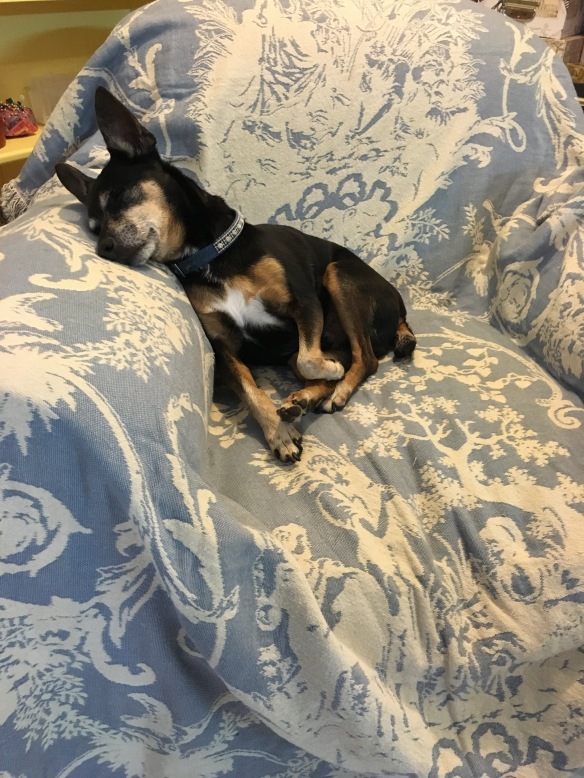 Can the evening class recover from this defeat to rescue their UFO’s and triumph at the next show-and-tell?

Until next time, happy quilting and may the (quilting) force be with you……………………