Happiness is under a lot of pressure lately. Life is much faster and more complex. Not only that but almost every aspect of life has prescriptive standards from the way you arrange your furniture to what you eat for dinner.

Actually these days you don’t just ‘arrange’ your furniture – your home should be ‘styled’ and there is no room for Aunty Glad’s china cabinet in that exercise I can tell you!

We’re supposed to ‘de-clutter’ our home (and our life) – a process which apparently involves discarding anything that has sentimental value and replacing it all with ‘neutrals’ and three glass vases with necks too short to actually hold flowers! 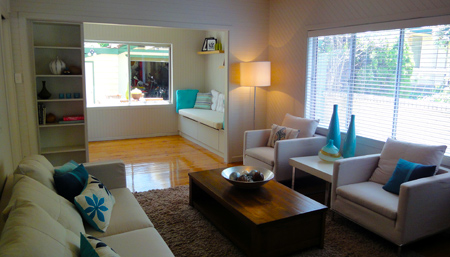 We don’t just cook anymore and serve meals to our loved ones – not since Master Chef and the like came along – oh no – now we have to ‘plate it up’ – and don’t forget the white-onion-and-cider-puree or the jus or the cornichons. And aren’t they just the gherkins that Mum used to skewer on a toothpick and shove into an orange with the coloured cocktail onions when we had visitors coming over? And if so you’re not actually supposed to eat them with normal food anyway. 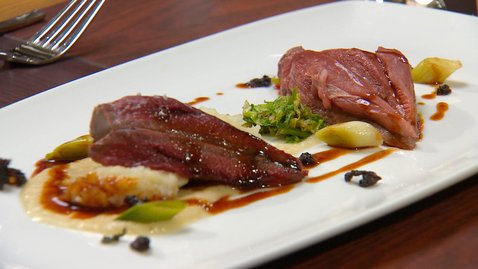 After dinner (or perhaps during) there are the distractions of Pinterest, Instagram, Facebook and blogs of course. Google has answers to every question and your phone has an inbuilt servant called Siri who can get them for you. You can always communicate with the thousands of friends you have inside your computer. Or play a game with someone on the other side of the world. And it goes on and on……there’s so much to keep up with it can be quite stressful and can get you down.

Or maybe you could sew a little and make a quilt.

Apparently there is evidence that creative activities cause our brain to release a neurotransmitter which makes us happy.

A psychologist with an impossible name described the phenomenon of losing track of time while you’re engrossed in a project as ‘flow’ and determined that it was the secret to happiness.

Neuroscientists are now conducting research to determine if creative pursuits can help people who suffer from anxiety, depression and chronic pain and further whether the reduction in stress and increase in feeling happy could protect the brain from damage cause through aging. Now they might be clutching at straws there but you never know.

Earlier this year an article “This is your brain on crafting” appeared on CNN and it upholds the idea that when we are engaged in a creative pursuit like quilting there are several areas of the brain involved – “our memory, attention-span, visual/spatial processing, problem solving and creative aspects”

Now the Apatcheez have known about this for some time but it is apparently news to the uninformed. We have lots of fun in class and it can really lift your spirit. Maybe it’s getting help with a tricky block, maybe it’s hearing a funny story or maybe it’s just being part of a community.

Several people over the past couple of weeks have commented that coming to quilting class makes them happy and one (Angie) asked if I was registered as a provider with Medicare.

You know what – I’m thinking about it.

Until next time. Happy quilting

PS Have a look at the gallery and you will see more of the clever Apatcheez work and if you haven’t been to class lately then pop in next week -it’ll make you happy.

3 thoughts on “Can you claim quilting on Medicare?”